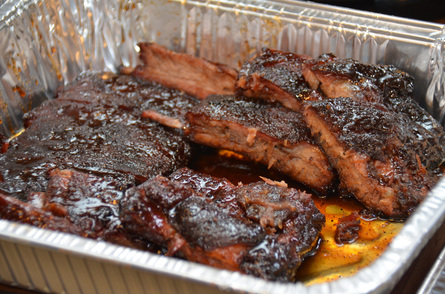 ​     The Southern BBQ Network (commonly known as SBN) is a 501c3 charitable organization formed in 2010 by a group of persons who loved barbecue, not only for eating but also the art of preparation. The mission of the SBN is to preserve southern barbecue through qualified trained judges while also improving communities through supporting charitable events.

SBN Mission Statement: “The SBN is an organization of diverse and talented individuals who gather together, support great causes, have fun, and promote barbecue in South Carolina.”

As a not-for-profit organization the membership donates their time to support charitable events, with the satisfaction of providing support to local community charities through fundraising and the enjoyment of sampling some of the best BBQ in the region.

Our founders, having previous experience from other barbecue judging organizations, created a foundation based on the principles of fairness in judging by establishing training classes, a blind judging method, and a fair scoring system.  Members cannot Judge until they have attended a training class. The training consists of scoring barbecue utilizing a numeric system based on appearance, aroma, taste and texture of the product. This can be for any combination of pork (such as pork butts, ribs, whole hog), chicken, or beef based on the event organizers choices.
​
Currently, judging is done in South Carolina and North Carolina. Annually a cooker of the year is recognized by the Southern BBQ Network based on a point system of teams of cookers that entered SBN events. Additionally, the SBN holds an invitational contest each year where the Grand Champions of the past years contest compete for being the “Best of the Best”

​     The Southern Barbecue Network is an organization of diverse and talented folks who are sanctioning a barbecue tournament series in South Carolina.  Judges are now being certified for future contests and competitions throughout the Southeast and beyond. If you want to be a part of a varied and colorful group of people who will gather together, support great causes, have fun, and promote barbecue in South Carolina, you can’t do any better than getting involved with the Southern Barbecue Network.