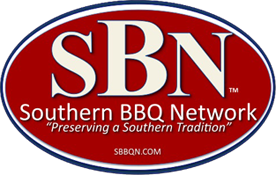 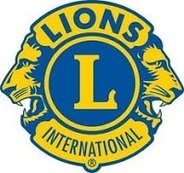 SBN Event Rep: Mary Waiboer
​Email: mwaiboer@gmail.com
​
The Berkeley Lions Club has joined forces with the City of Moncks Corner to bring the SBN Invitational BBQ Championship back to Moncks Corner in 2019.

The SBN Championship will be by invitation.  It will be a  Best of the Best in South Carolina Style contest.   The Grand Champion from each of our contests for the period of one year will be  invited to compete in Moncks Corner for a $7500 prize package.
Scheduled Events
Friday:
The Moncks Corner Rice Ruckus - A contest that must feature one of South Carolina's earliest cash crops - Rice!  Make us your best rice dish.  No limits, no restrictions.  The only thing we ask is that the dish feature rice.  This contest will be a peoples choice judging.  Please make enough for 200 samples.

Kids Que -  The Burger will again be the star in this highly successful event.  Kids, 6 - 16 years old, under the supervision of a participating cook team or parent will be grilling their best burgers.  We had a great time with this event at the Commissioners Cup and we are expecting another great judging experience at the SBN Championship.  Click here for Kids Que Rules.

Saturday:
The Championship will be determined by a sum of the best scores in 3 meat categories.  Saturday will also feature a Brisket throw down and a Sweet Pie  throw down.
Pork Butts, Chicken and Ribs.  Cooks will be required to bring their own ribs and chicken.  Turn in time will be as follows.
9 AM Pork
10 AM Chicken
11 AM Ribs
There will be a Brisket throw down at Noon.

There are 15 available slots.  Qualifying teams will be contacted by the SBN.  The slots will be determined by inviting the Grand Champions of SBN Contests for the period of 1 year prior to the contest date.  If a team has multiple wins, we will pass the invitation down to Reserve Champion etc until each contest is represented.  The remaining slots will be filled by inviting the top teams in the points race until all 15 slots are filled.

This is going to be an exciting contest.  We are looking forward to a weekend of cooking challenges and fun in Moncks Corner.

The throw downs will be handled in the usual manner.  We will register all of the teams interested in participating after the cooks meeting.
​
​The cost to enter the Brisket Throw Down will be $25 cash with a 70/30 split between first and second place.  The Loins Club will also provide a tangible prize like a trophy or ribbon.